Cmder is a software package created out of pure frustration over the absence of nice console emulators on Windows. It is based on amazing software, and spiced up with the Monokai color scheme and a custom prompt layout, looking sexy from the start.

You can download from the webpage. I advise you install the version with git.

After downloading it extract the data and copy it to C:\cmder_mini. I suggest you put it directly on c:\ to avoid permission problems.

Then open the .exe file (C:\cmder_mini\Cmder.exe) to start using it.

You can right click the .exe file and pin it to the task bar.

2. Setting it as the default terminal 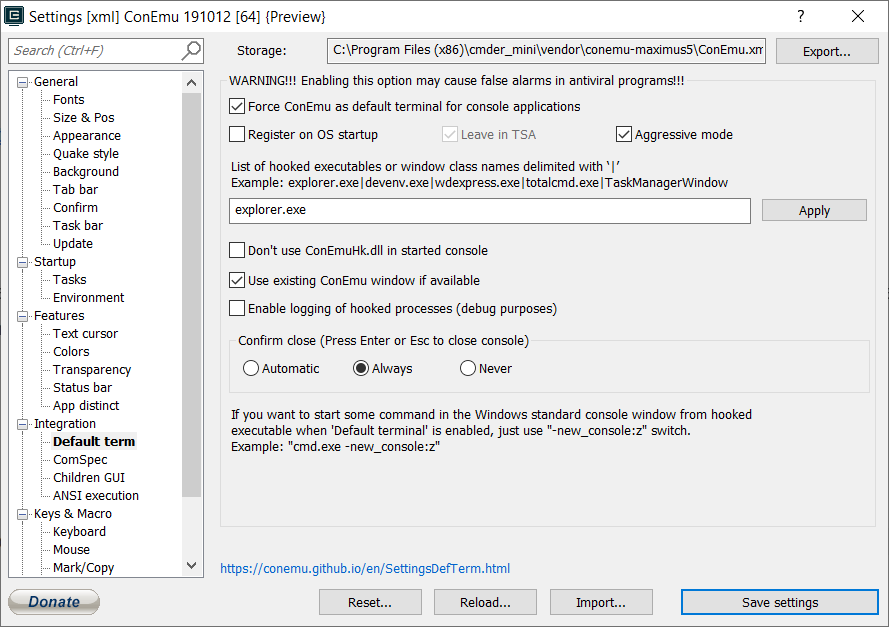 After that any operation that opens the terminal or the powershell will open cmder.

One of the best features is that most linx commands (like ls) work here as well as the windows ones (like dir). So for example, no more problems with cls vs clear both work here!

Another really great feature is that you can open multiple consoles as tabs (like with chrome) with CTRL + T and close it with CTRL + W.

It is also way better visually than the default windows terminal. And it has git integrations so that you will see by default the branch you are working on. 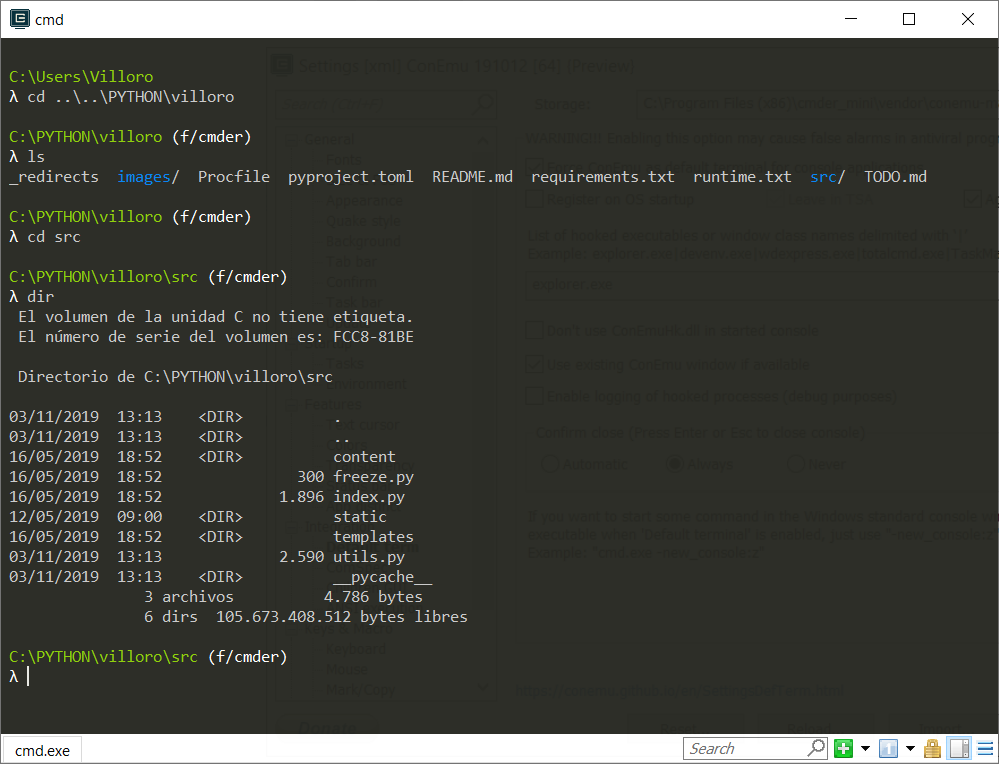 As an example some useful alias would be: